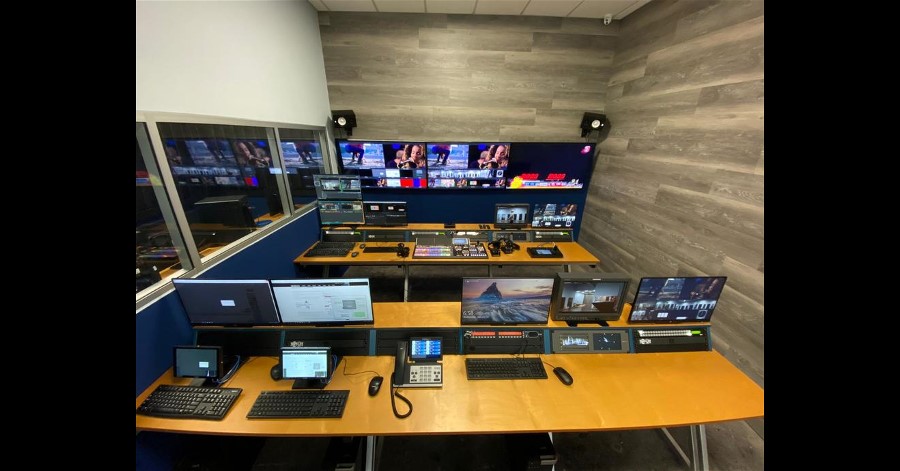 Production coordination, and ON-AIR calls from the audience are handled through CROSSNET Intercom System with XPLORER and SYSTEL IP 16 from AEQ.

The UnivistaTV internet television channel was launched about a year ago and is located in the city of Hialeah, Florida. Broadcasts began on May 20, 2020, an important date for the Cuban community.

This digital platform was built entirely on Digital and IP technology, two studios with a Master Control and Remote Transmissions from anywhere in the area of Miami by using IP Production over SRT. 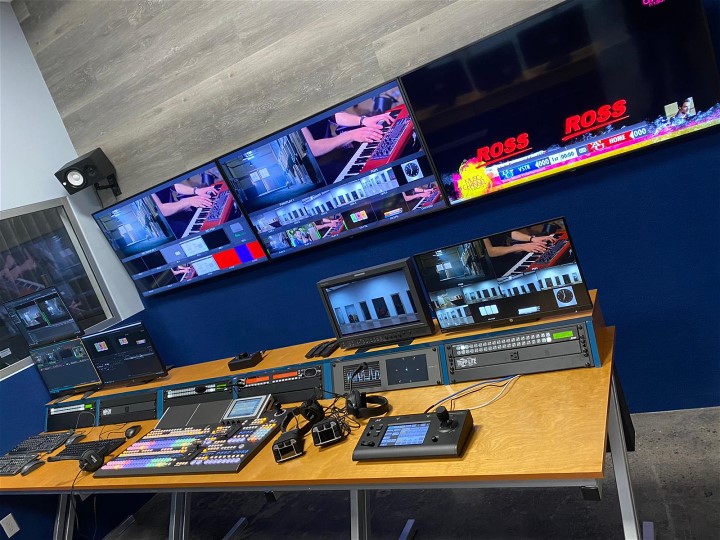 Its reference program is the popular "El Show de Carlucho": Good Cuban Humour... Comedy, interviews, musicals, news, quiz-shows and much more. All-in-all, this is a heavy bet on typical television content for an internet channel that broadcasts exclusively on the internet and whose audience are exclusively watching via telephone, tablet, computer, or a Smart TV with Internet access. The success of this show positions it as a pioneer in the digital world with an innovative format that fuses television production with the immediacy and connection of social networks.

Since the equipment chosen was entirely Digital and IP for both Video and Audio the selection of an Intercom System fell naturally on a 72-Port AEQ CrossNet with 12 TP8116 Rack Panels for the consoles in the Production Master Control, Vision Control, Audio Control and Graphics as well as 4 TP8416 desktop panels for the directors and spotters.

Complementing the Intercom System and for technicians and personnel on the move, on set and other areas, the new AEQ Xplorer wireless beltpacks are also an integer part of the Intercom System. The Xplorer is using WiFi technology and with operational autonomy of up to 20 hours at full capacity. This becomes important when “cascading” live recording sessions and there is no time to change batteries or recharge.

The entire system is integrated into the channels’ AoIP flow and allows signals to be shared between the different contribution, intercom production and coordination systems. Specifically, the audio present in the AEQ Crossnet intercom matrix, coming from its ports and panels is also available on the Dante AoIP Network and any other equipment connected to it like for example the Allen & Heath SQ7 audio console, and could be broadcasted if so required.

For technicians and personnel on the move, on set and other areas, the new AEQ Xplorer beltpacks were chosen, with WiFi technology and with autonomy of up to 20 hours at full capacity. This becomes important when linking live recordings and there is no time to change batteries or recharge.

In order to have the interactivity of the audience and also to be able to handle outside broadcast coordination, an AEQ SYSTEL IP16 talk-show and multi-conference system was installed with connectivity for multi-channel AoIP networks. For call control and live coordination, the installation was completed with 3 SystelSet + Handset and control in a single device.

The system is connected to the Univista TV corporate switchboard, which allows interconnection with all areas of the channel, both technical and administrative.

The distribution of audio signals between the Crossnet matrix, the audio console, the audio of the Systel IP 16 talk show and multi-conference system, and the wired intercom user panels, is relying entirely on AoIP multi-channel network connectivity with Dante/AES67 protocol.

The Stations voice lines and the Systel IP 16 talk-show and multi-conference system including the Systelset+ user terminals are operating with SIP based protocol VoIP in HD Voice quality.

The entire project, with installation, configuration, commissioning and training, was led by OM Solutions Juan Carlos Ortolan and his technical team in collaboration with Peter Howarth, Account manager for special markets at AEQ and its Support Services at the Madrid HQ that worked remotely to complete the execution of the project.