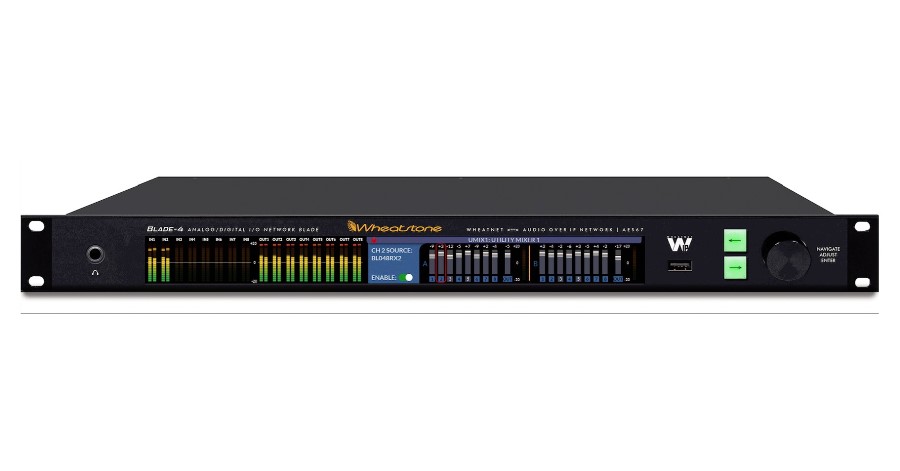 New Bern, NC, USA - April 2021 - Wheatstone is putting more audio tools on the WheatNet-IP Intelligent Network with the introduction of its new Blade 4 this month.

“We’re adding more and more intelligence onto the AoIP network with every new Blade. Rather than a basic I/O rack unit sitting there taking up space, why not expand on that space with routable audio tools like mixing, processing and streaming? Blade 4 is something that every existing and future WheatNet-IP user is going to benefit from," said Wheatstone’s Director of Sales Jay Tyler.

Blade 4 can be integrated into any new or existing WheatNet-IP network. Benefits include:

• Opus, MP3 and AAC codecs now added to the AoIP network for remotes and home studios. All codecs routable in native AoIP; no additional hardware required.