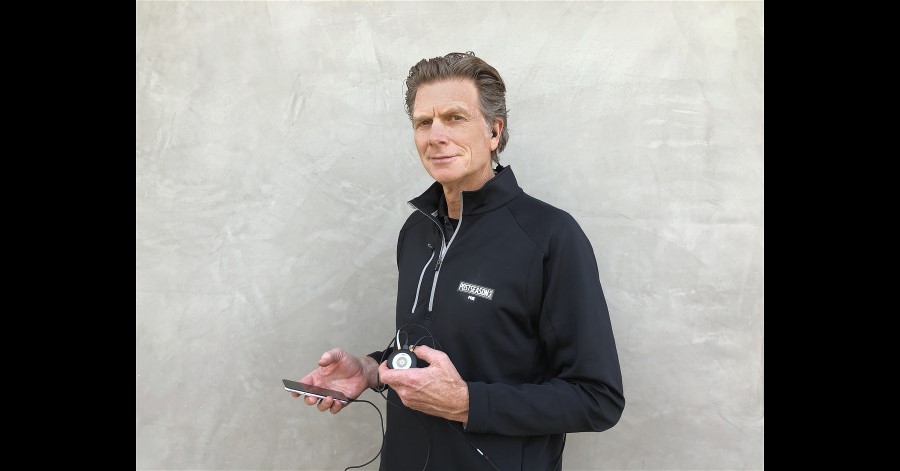 Los Angeles, CA, March 31, 2021 - As with many things over the past year, the world of sports saw significant disruption to its regular routine. From halted or delayed seasons to little or no live audiences at the arenas, sporting events around the world had to operate differently. With no ambient sounds to enhance the broadcasts, television networks also had to find alternative ways to replicate the at-home viewers’ experience. In response, Fred Vogler launched Sonofans, an immersive sports crowd performance system. The sound library was created using recordings captured with DPA Microphones’ 4091 Omni Condenser Mic, 4560 Binaural Mic and MMA-A Digital Audio Interface.

Touted as a performance-based enhancement tool for empty stadiums or those with limited attendance restrictions, Sonofans provides live, dynamic crowd response with a library of reactions that have been mined and curated over the past 15 years. Included among these are sounds recorded during college football games using DPA’s 4091 Small-Diaphragm Omni Condenser Microphone with Rycote windscreens, which Vogler installed atop mic stands elevated 15 feet above the ground. 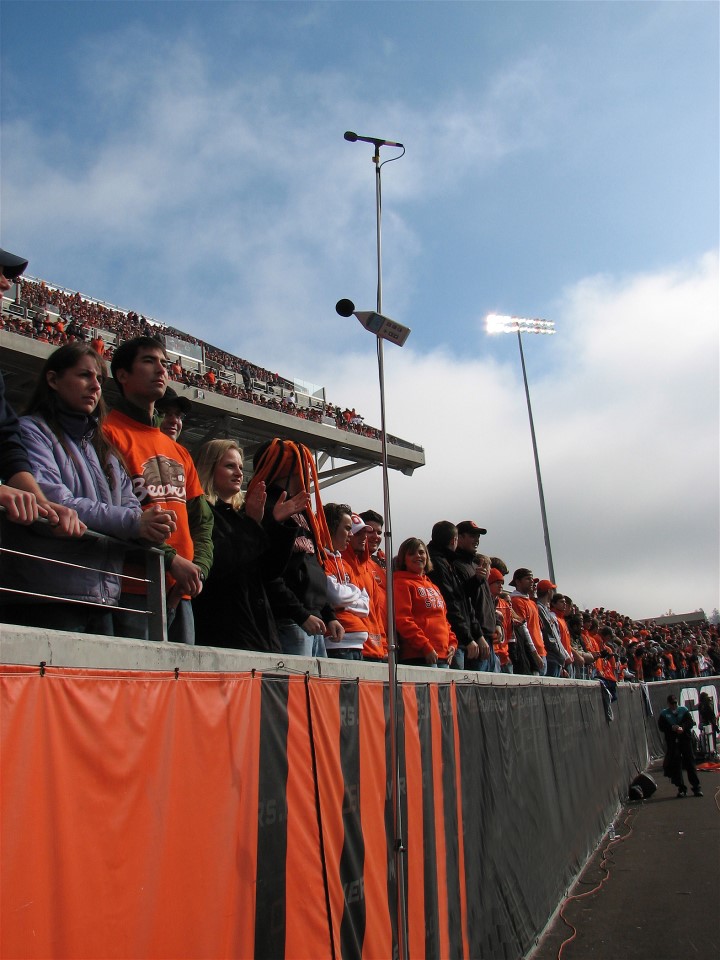 “Back in 2006, I was providing scrimmage and practice field noise for USC Football players, using crowd sounds that I had gathered during regular games at the Los Angeles Memorial Coliseum,” explains Vogler. “The coach at that time, Pete Carroll, liked what I was doing so much that he gave me field access to all the games they played that year. This included other stadiums in the Pac12, as well as at the Rose Bowl. I recorded all the crowd noise from each of those games using four DPA 4091 microphones placed around the stadiums.”

Though Vogler says that experience was incredible in and of itself, he never imaged that those files would prove vital in the future. Over the past year, Vogler has utilized the sounds from the USC games to provide crowd enhancement for professional and collegiate baseball, soccer, boxing, football, basketball and bowling on one of the country’s top sports networks.

“I went back to those files and started to collate and mine sounds that I thought we could use for other sports, especially baseball, which became the foundation for launching Sonofans,” adds Vogler. “We created this enhanced crowd sound starting with the different levels of energy from those quad recordings back in 2006/2007. We had everything from a light crowd to a very excited crowd. Along the way, there are also a lot of reactions, cheers or disappointed boos. Fortunately, despite the age of the recordings, I had really high-quality sounds to work from for this project because I used DPA microphones.” 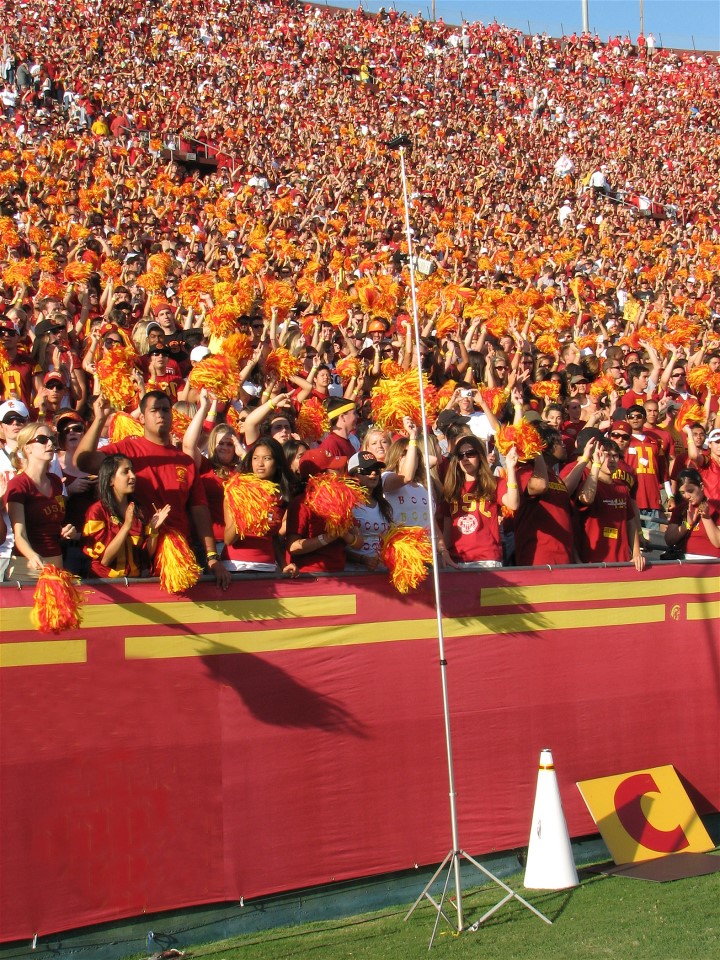 While he used the USC soundbites as the basis for Sonofans, Vogler still had to find a way to capture and create sounds that differed from sport to sport. “Boxing and bowling don’t sound the same as football, baseball or basketball, so I needed to record additional audio,” he says. “To accomplish that, I went into smaller crowds – like those visiting a park or a big box store – and then used the audio as a basis for enhanced sounds.”

John Root, regional sales manager, DPA, first introduced Vogler to the 4560 Binaural Microphone and MMA-A Digital Audio Interface. “The low profile of the binaural headset mic enabled me to be in a small group or gathering of people and capture more genuine speech patterns and distinct sounds,” says Vogler. “I was able to interject those recordings into boxing and bowling matches, which have smaller, more individualized crowd voices compared to large stadiums. The mic, in combination with that mic pre, worked incredibly well.”

In addition to utilizing the binaural recordings for the more intimate sports events, Vogler also blended the sounds into the arena-style games, like football and baseball. “It works great for creating the authenticity and realism of a crowd,” he explains.

Though much of the initial Sonofans files were based off Vogler’s recordings, he also found himself weeding through the network’s past broadcasts to cull chants specific to each stadium or team. “The network has somebody who operates a trigger pad with reactions – the cheers, claps, boos, etc. – and then a mixer adds the bed of crowd sounds, like the chants,” he explains. “Interestingly, only the people at home are able to hear these sounds. While the players on the field have some audio piped in, they don’t get the same experience as the broadcast viewers. It would be great to take that binaural microphone into a stadium to create an immersive experience for the coaches, players and managers that could also be blended into the live broadcast.”

A recording engineer, mixer and sound designer, Vogler has worked on some of the industry’s leading commercial recordings, including the LA Philharmonic at the Hollywood Bowl. As a longtime user of DPA microphones, Vogler says he continues to be impressed by the solutions they develop. “I’ve been using their products for 25 years or so, and they’ve put out some really clever stuff over that time,” he concludes. “They’re discreet and camera-friendly, but also get a good sound from everything.”