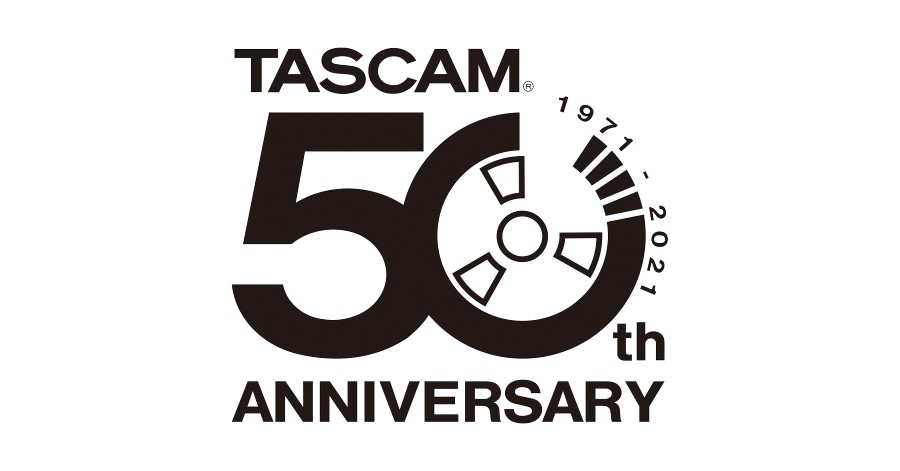 Company’s rich history spans everything from the Portastudio to a ‘galaxy far, far away’.

Tascam, a leading provider of audio solutions for musicians, engineers, broadcast professionals, and AV system integrators, is pleased to announce the year 2021 marks the company’s 50th anniversary. The company that effectively invented the revolutionary home studio has irrevocably influenced the way people make music and sound with its products. From the 4-track Portastudio to the Emmy Award-winning DA-88 digital multitrack recorder, on to the company’s Model series recording mixers and beyond, Tascam has redefined audio production at all levels – from the home enthusiast to high-end production facilities and leading installations around the world.

As the professional audio division of TEAC Corporation, Tascam’s heritage dates back to the late 1960s when the Tani brothers – both engineers – and Dr. Abe, a senior engineer at TEAC, formed a special R&D group named TASC (TEAC Audio Systems Corp.) for the purpose of researching ways to apply TEAC's recording technology to musicians and recording studios. In 1971, Tascam (TASC AMerica Corp.) was established for the purpose of distributing TASC products in the USA and conducting additional market research. Then in 1974, Tascam was absorbed by the rapidly growing TEAC Corp. of America sales and distribution company, and Tascam became the official brand name of all TEAC recording products designed specifically for musicians and recording studios.

The Tascam name has a rich history – both in terms of the company’s technological achievements and the artists and engineers who have used Tascam products. The Tascam 80-8 tape deck was a half-inch, open-reel 8-track audio recorder. It was used to record the voices of R2-D2 and C-3PO in the making of the first Star Wars movie, A New Hope, in 1977. Equally noteworthy, singer/songwriter/actress Lady Gaga’s father gifted her a Portastudio when she was roughly 11 years old. Reflecting on the gift, she said, “I could just sit at the piano and hook up a mic and record by myself. That’s probably the best gift that my dad ever gave me.”

Similarly, rock legend Bruce Springsteen initiated a home recording revolution using Tascam. With the help of his friend and guitar tech Mike Batlan, The Boss used a Portastudio 144 to record what would ultimately become 1982’s album Nebraska. Over the years, countless other artists have used Tascam products to further their careers, including rock artists Tommy Bolan and Doyle Wolfgang von Frankenstein, videographer Chris Beals, and producer/artist/engineer KC Porter to name but a few. Tascam products have literally been used on tens of thousands of recordings, and hundreds of gold and platinum records.

Over the course of 2021, Tascam users and prospective customers will have much to look forward to. There are a variety of promotions planned where music afficionados will have the opportunity to expand their equipment arsenals. And of course, Tascam will introduce new products in 2021 and beyond that address a wide range of applications.

In closing, everyone at Tascam send their ever-growing community of users greetings with a heartfelt “Thank you!”

TASCAM Announces its On-Air-Podcast Series.
back to top