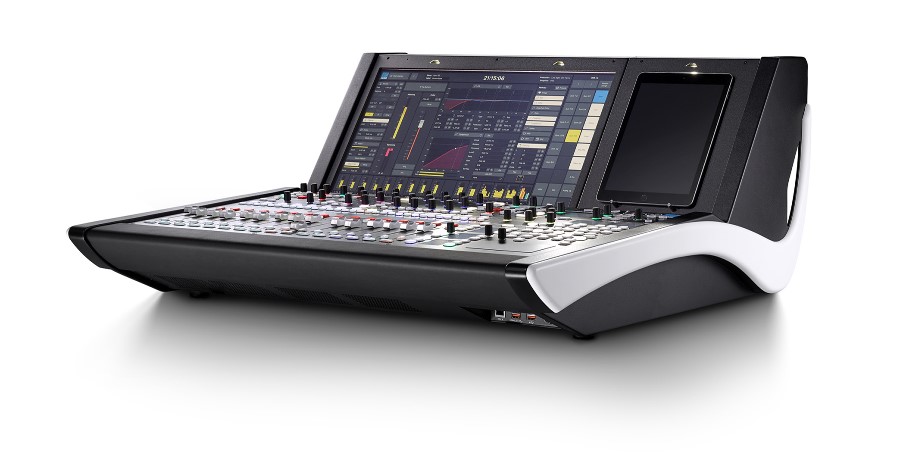 In a highly-anticipated debut streamed live from the Jazz Club Karlsruhe, just a few minutes from Lawo headquarters in Rastatt, Germany, the company today unveiled two bright new stars in the Lawo mixing universe: the Phase II of its incredibly powerful A__UHD Core audio engine, and the next generation of Lawo’s most compact, feature-filled all-in-one mixer: the mc²36 audio production console.

Both products are designed to deliver maximum output using minimal space, weight and power requirements. The native-IP A__UHD Core just became Lawo’s new console core for mc² consoles and takes a decisive lead in processing power per cubic centimeter by delivering an astounding 1,024 channels of mc²-quality audio processing in just 1RU, while dramatically cutting power consumption — performance that previously required 5x the power and 10x the rack space. The new mc²36 mixer raises the audio production bar by more than doubling the DSP channel count of the original, as well as introducing an ultra-compact 16-fader version that delivers big performance in the smallest mc² footprint ever. And a major new feature, IP Easy, makes managing IP network devices simpler and more intuitive than ever before. 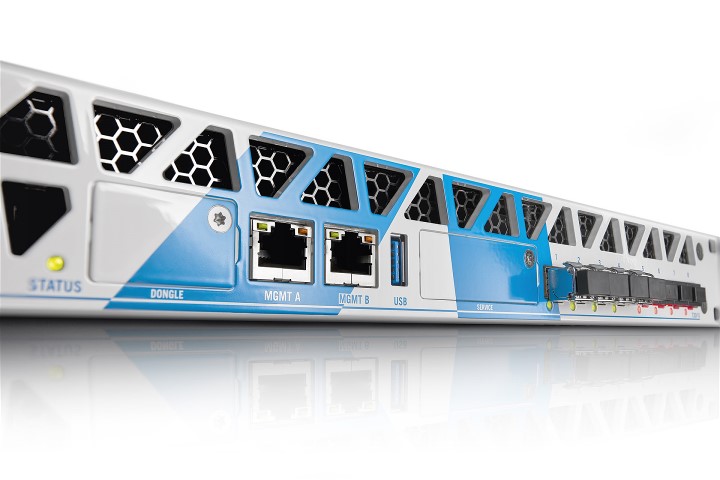 Lawo’s new software package for the A__UHD Core isn’t just an update: it’s a major leap forward. “UHD stands for ultra-high density,” explains Christian Struck, Lawo’s Senior Product Manager, Audio Production. “And it lives up to its name. A__UHD Core combines minimum size with maximum performance. It has everything a live production console needs, including 1,024 channels of mc²-grade processing algorithms, multiple sets of monitoring matrices, downmixing and upmixing, and is ready for next-generation audio formats such as Dolby Atmos® and MPEG-H. It packs the power of systems formerly requiring 7 to 10 RU into just one rack space; weighs only 7 kg versus the 20 to 25 kg of a traditional console core. Even more astounding: it consumes only 220 watts of power.”

Lawo’s new A__UHD Core is a native IP device, designed from the start to work within IP networks and manage networked devices. As such, it is based fully on open standards such as ST2110-30/-31, AES67, RAVENNA, Ember+ and NMOS. And it’s designed for both 48 kHz and 96 kHz operation.

“From now on,” says Struck, “A__UHD Core will be the power behind all mc² consoles.”

Features and capabilities include:

• Software-defined hardware. A__UHD Core’s feature set is defined purely by software, meaning it is future-proof and can accommodate new features and capabilities without the expense and inconvenience of “forklift” hardware changes.

• Scalable performance. Users can tailor the capabilities of their A__UHD Core to fit their needs and budget, changing features and functionality based on permanent or temporary software licenses.

• Intuitive on-console management of networked devices. The new “IP Easy” function in A__UHD Core based mc² consoles permits operation of network audio devices, without the need to be an IP expert.

• Dynamic resource allocation. Any mc² surface may be allocated on-the-fly to any networked A__UHD Core.

• “Hot Spare” hardware redundancy. A second A__UHD Core with a “redundancy license” can be deployed locally, across campus, or across the country, as a 1+1 hot spare device mirroring the active device and taking over seamlessly if needed.

Audio production professionals have enthusiastically applauded the recent redesigns of Lawo’s mc²96 and mc²56 consoles. Now this innovative technology has been brought to the compact mc²36 as well.

“When we introduced the mc²36 in 2014, its small form-factor and its price-point quickly made it a favorite with customers we’d never been able to address before – venues like houses of worship, performing arts centers or smaller OB trucks – anywhere a small, powerful live mixer was required,” says Lucas Zwicker, Senior Technical Product Manager, Audio Production.

“New capabilities in the mc²36 provide customers who need a small console something they’ve never had before — an IP-native mixer, with outstanding DSP power and comprehensive I/O connectivity. Furthermore, the new console does not only provide best in class IP connectivity, but also Lawo-grade microphone inputs and line outs, and also AES3 and a built-in MADI port for legacy equipment.”

“And,” adds Zwicker, “Moving the mc²36 to the A__UHD Core means that all developments in the future will happen on a single platform and that Lawo continues to provide production file compatibility between all mc² consoles. Imagine the possibilities… a production file from an mc²36 could be used on an mc²96 for post-production! The A__UHD Core platform opens the door to a lot of very cool developments. It’s a whole new level of performance.” 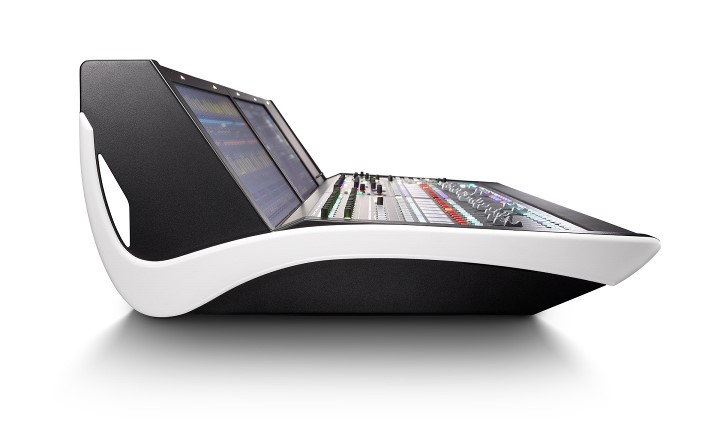 Outstanding features of the new mc²36:

• New super-compact frame size. New 16-fader frame is the smallest, most lightweight mc² ever built! Perfect for mobile use or any tight mixing space. A 32-fader version is also available.

Lawo’s “Phase II” development of the A__UHD Core includes Lawo’s innovative new IP Easy functionality, making IP setup as simple as analog. IP Easy simplifies the management of IP devices, which makes connecting audio I/O devices as easy as if they were baseband. The console automatically detects new devices and makes them available at the touch of a button. IP Easy even manages IP addresses, multicast ranges, and VLANs, and includes security features like access control and quarantining of unknown devices to protect your network.

A Stellar Advancement to the State Of The Art

Christian Struck concludes: “Lawo has always been known for innovation and performance, as well as maximum redundancy and reliability. With the simultaneous introduction of the new software package for A__UHD Core and the new mc²36, audio professionals will find themselves enjoying a whole new world of power, flexibility and ease-of use. This flexible, software-defined architecture is the platform from which many new and exciting developments will be launched.”