The collaboration of AEQ and Broadcast Radio at the service of radio in the UK. 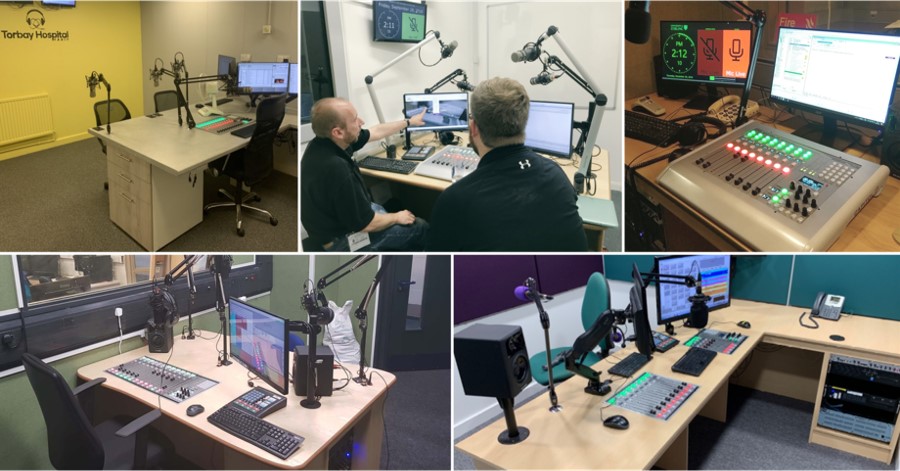 AEQ Capitol and Forum console packages with an automation system from Broadcast Radio, the favourite option in universities, also in hospitals and commercial stations.

Broadcast Radio is focused on providing complete broadcast radio technology services in UK; whether it is for studios or software, installation, training or managed services. It is the official AEQ distributor in the UK.

They are the developers of an automation system application that have integrated with the control system of AEQ's CAPITOL and FORUM consoles, in such a way that they offer a specific solution for the British market in which university and hospital radios have a great social significance. Here are some of the implementations:

Torbay Hospital is South Devon's main hospital. Torbay Hospital Radio is a registered charity run by a team of dedicated volunteers, providing music and entertainment to both patients and staff. 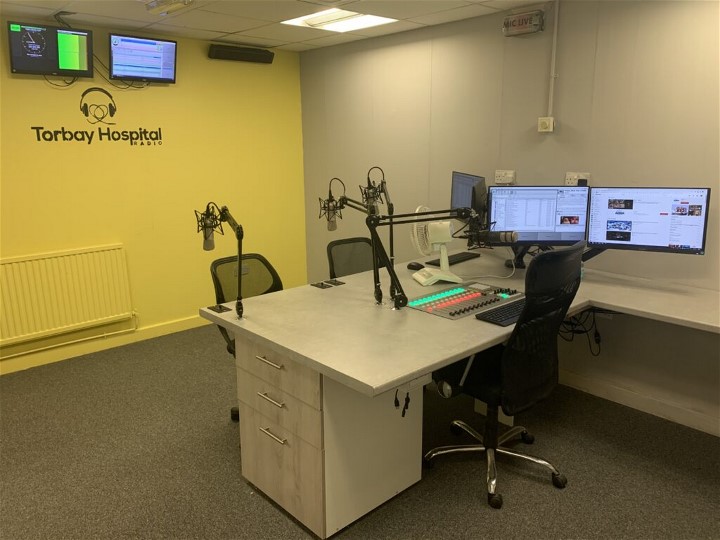 “Studio 1 is our largest on-air studio, equipped with an AEQ CAPITOL IP 12 Digital Broadcasting console with AOIP integration.We use the Playout system provided by Broadcast Radio, this runs over 4 different machines – Automation machine, a Database Server, Playout Machine, an everyday Internet and communications machine and our main music server all fully integrated and networked.

Over the last 12 months we’ve been fundraising like crazy, and we’ve been able to afford an AEQ CAPITOL IP-12 desk from Broadcast Radio. This was a great priced desk and it has so many amazing features – It was a no brainer! On Saturday 12th September 2020, we came back with live broadcasts from our new Studio 1.

We are extremely happy with the results, and I look forward to moving onto the next project!”

The University of Stirling is a public university in Stirling, Scotland, founded by royal charter in 1967. It is a university located within the walled Airthrey Castle estate. 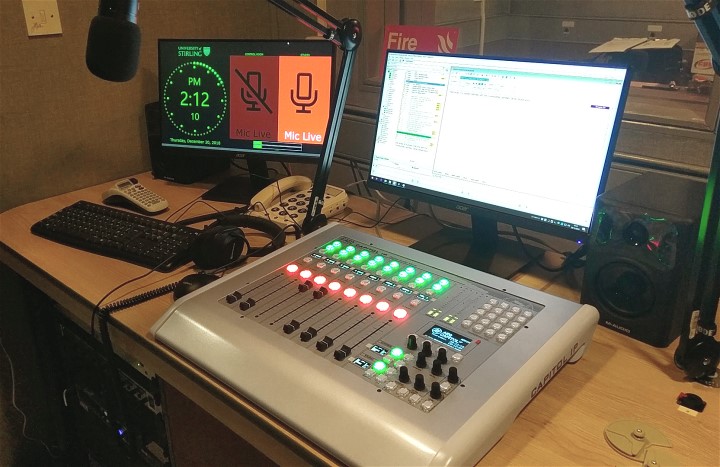 he university imparts among other things, a degree in Journalism Studies, and offers an in-depth, critical understanding of the practice. The students need to train journalism in real working environments and are therefore in need for real digital media production facilities. For this purpose, Broadcast Radio was approached by the Stirling University and entrusted with the task to provide a comprehensive but yet fully functional and modern radio studio and control installation.

The core of the installation is the CAPITOL IP console from AEQ in combination with the Play-Out and automation system for Radio.

Cardiff Metropolitan University is a relatively young university. It was in 1865 when the School of Art first opened in the Old Free Library in Cardiff.

Today, the university imparts among other things, a Media and Communications degree that offers a module framework, providing the fundamental underpinning knowledge, skills and understanding to be able to gain employment in a creative media industry. 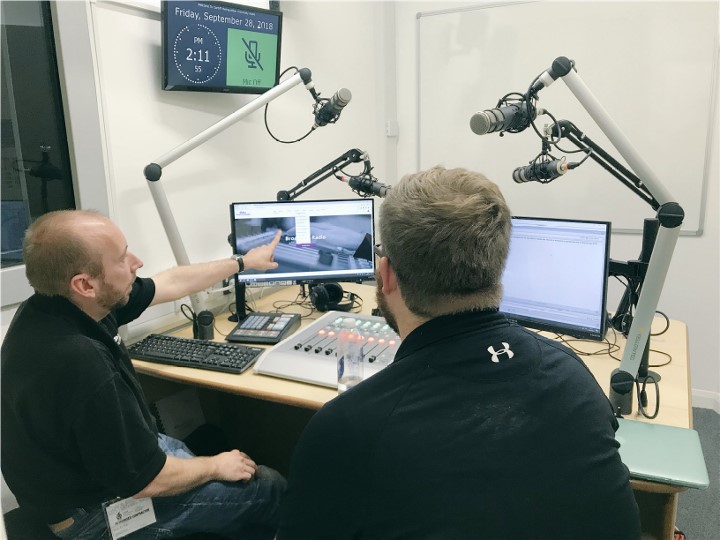 Based upon a standard package and with a few adaptations to the particular needs of the University, the integration of the automation system and the AEQ CAPTIOL IP console is seamless since the control protocol for the CAPITOL IP for, for example Fader status, Vu-meters, Fader starts/stop and Virtual GPI/O’s, are embedded into the SW solution from Broadcast Radio.

The Coleg Gwent is one of Wales' largest and top performing further education colleges with campuses in Newport, Crosskeys, Pontypool, Usk and Blaenau Gwent. 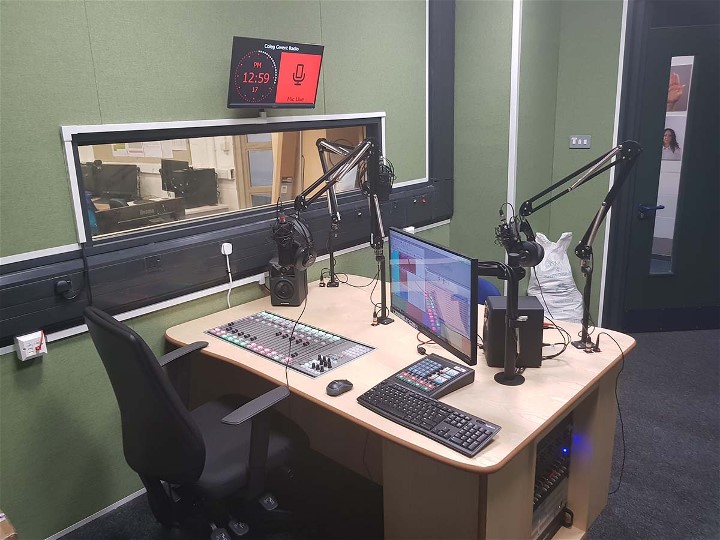 At the Newport Campus of Coleg Gwent, the CAMPUS radio is station run by the students of the Creative Media course at the colleges’ Crosskeys campus.

Broadcast Radio supplied a turnkey system including their Automation System in perfect combination fir the AEQ FORUM IP Split console. The Mixer is exclusively based upon AoIP networked Audio and the only analogue inputs are the local Microphone inputs.

The Lincs FM Group is one of the UK’s leading commercial radio station operators, comprising of eight stations across Yorkshire and the Midlands. 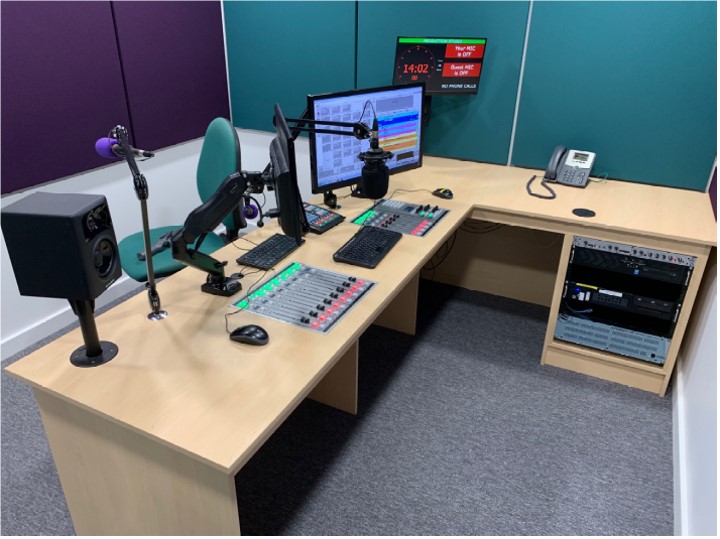 For their 6 new studiοs, they opted for AoIP. The new facility houses Dearne FM, Lincs FM, Ridings FM, Rother FM and Trax FM, in addition to its news studio that provides the local news for all the above stations.

It is a complete DANTE AoIP solution with AEQ Forum Split IP consoles and a NetBox 32 MX central routing matrix.

This installation allows for all the signals in their network to be shared with any studio.