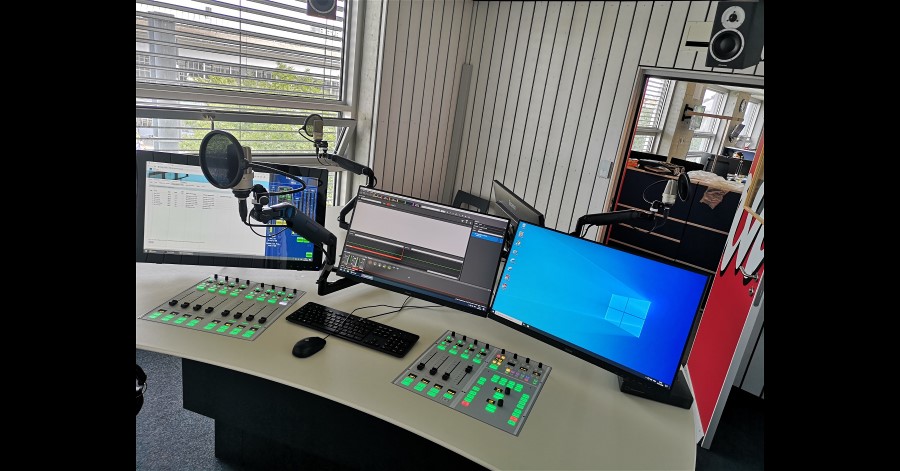 Bi-lingual Swiss radio station Canal 3, which broadcasts on two frequencies in the cantons of Berne and Solothurn, has chosen the popular Lawo ruby on-air console, combined with Power Core DSP mixing engine, as the centerpieces of their recently-completed air studio.

Designed for dual duty as both a pre-production studio and a substitute on-air space, this is Canal 3’s third studio equipped with Lawo radio products.

Their new ruby console features a workflow-optimized split-frame setup, with a 12-fader main mixing surface for DJs, and an additional 4-fader module for in-studio newscasters. This unique configuration allows radio presenters to work independently, using physically separate portions of the same mixing surface, which are flush-mounted to enhance studio ergonomics. Consulting, construction, installation, and commissioning of both the broadcast technology and studio furnishings were provided by Zurich-based system integrator SLG Broadcast AG.

Canal 3 serves the area from the Bernese Jura to Lyss, and from Erlach to Solothurn, originating programs in both Swiss German and French. In 2007, the station received the Radio Of The Year Award for its French-language programming due to its significant listenership; since then the station has continued its success, increasing its audience by 50% in the last four years alone. 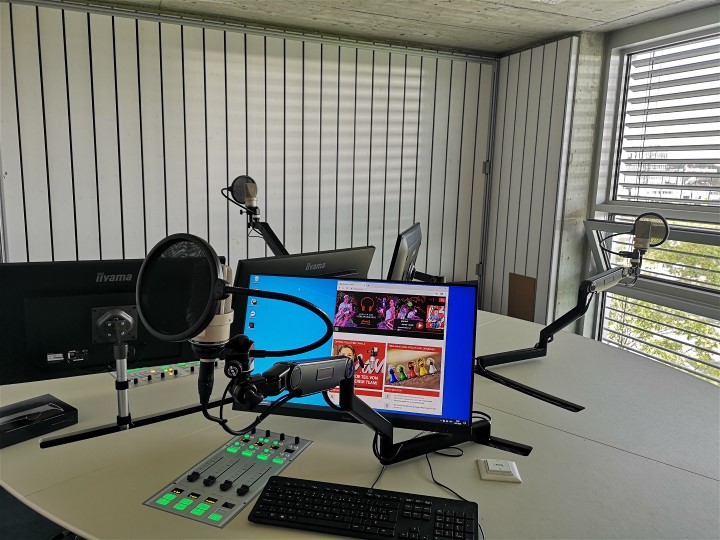 Canal 3 has relied on Lawo for many years. “The two existing production studios for German and French-language programs were first equipped with Lawo zirkon mixing consoles in 2010 and 2011,” explains Benedikt Hurni, Sales & Operations Manager at SLG Broadcast, “and at the end of 2016, these studios were upgraded to sapphire consoles.” Additionally, a mobile studio setup consisting of three flight cases was commissioned by SLG in 2018, utilizing a 12-fader ruby console with Power Core.

With these installations performing so well, Canal 3 naturally wished to equip their new studio with the latest in Lawo technology – specifically ruby and Power Core. MADI is utilized to connect the new studio with its two pre-existing counterparts.

“This new order for a third studio, which has just been completed, shows that Canal 3 is quite satisfied with Lawo technology, as well as with SLG’s services as a system house,” notes Hurni happily. 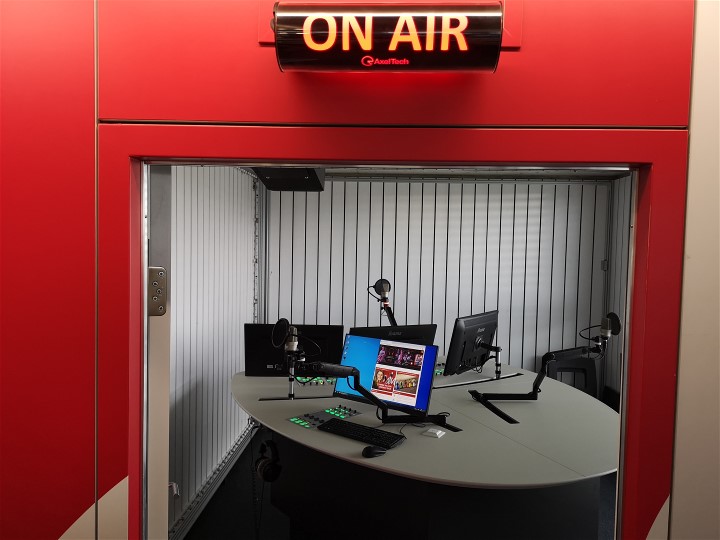 The station's Program Director, Kevin Gander, agrees. “Our old pre-production studio had rather low-budget equipment. Thanks to financial support from our government for technical advancement projects, it was finally possible to build a proper third studio — and using radio technology with which we have had good experience for years, in terms of both quality and reliability.”