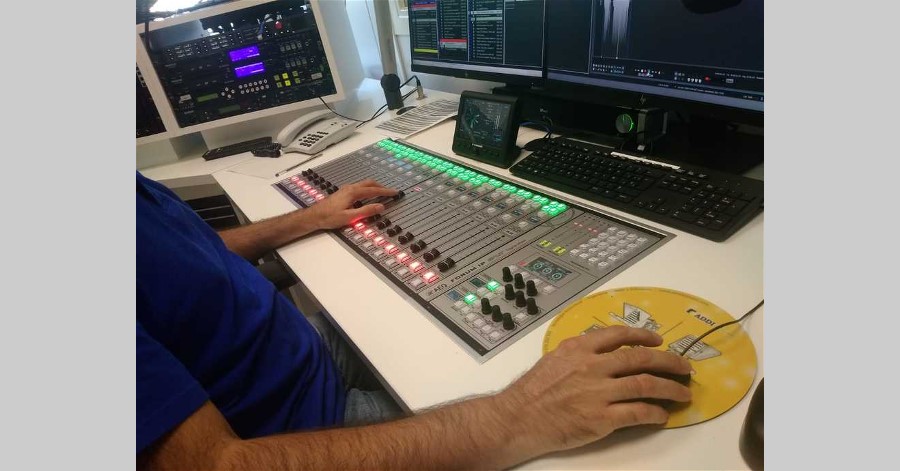 À Punt Radio is part of the Corporació Valenciana de Mitjans de Comunicació, in Valencia, on the East of Spain. Was equipped and installed by AEQ using IP, based on Dante, technology which eases installation and operation.

We have worked really hard in order to define and implement a solution that is flexible, reliable, easy to use and maintain, and long-lasting, all at the same time. 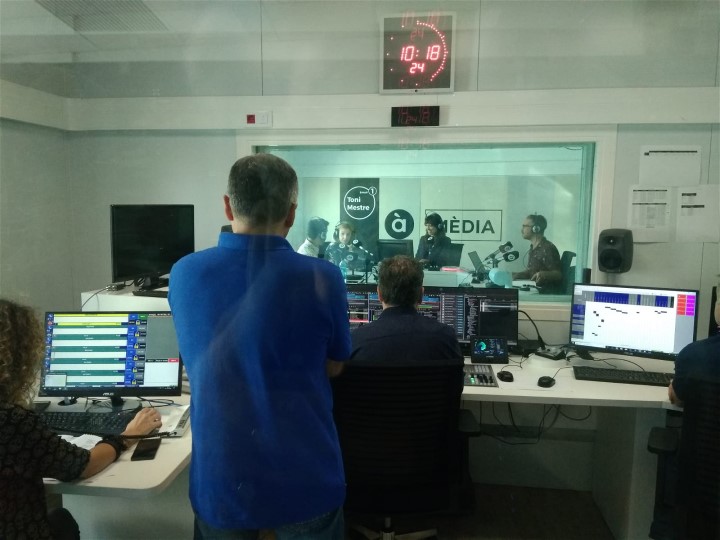 The system features automatic Dante redundancy but an AES-EBU digital-audio-based parallel installation has been planned which, in case of an extremely severe contingency, would allow operation and broadcasting to continue by simply making some patch switching.

Routing is performed by a BC-2000 Digital audio matrix with TDM technology, IP connected with DANTE to the studios, whose main element is a FORUM SPLIT IP digital mixer. Two of these studios, dedicated to live music and music editing, incorporate an additional Yamaha TF1 console connected through the DANTE network.

Also, two main monitors for Central Control Room listening, the BC 2000D audio matrix and two Netbox 32 Audio Over IP interfaces. The audio matrix installed is an scalable AEQ BC 2000D Router. It mixes, distributes and processes audio using TDM technology. Sized with a total of 352 inputs and 352 outputs, 256 of which are AoIP Dante, 64 are AES/EBU digital and 32 are analogue.

There are 4 deployed IP networks: main DANTE Audio over IP network, secondary DANTE network, voice/telephony IP network —connected to the WAN provided by the Telco—, and the control network for all the devices.

Typical wiring between Central Control Room and each studio is composed of:

• For journalist booths, wiring is simpler, with only 8 Ethernet cables plus the two video ones.

A design criterion shared between AEQ and À Punt Radio is to not scrimp on multiple Ethernet wiring so the networks can be physically separated, greatly simplifying configuration and maintenance, reducing failures, generating physical redundancies and leaving available infrastructure left for future implementations. 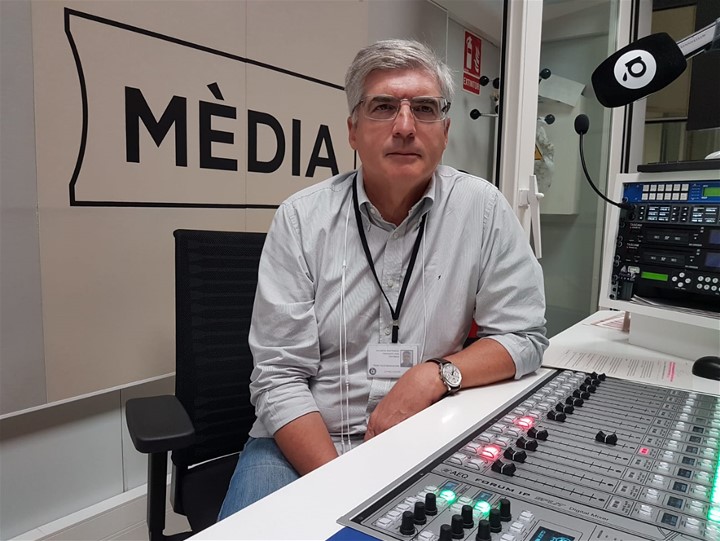 Four radio studios have been installed around a Forum IP Split broadcast digital mixer, with 16 faders, and a separate audio engine. The Forum Screen software application was added to help with control, as well as a R128 loudness meter. The console communicates using Dante with the Central Control Room, Netbox interfaces and other AoIP devices. It features analog microphone, line and headphone inputs/outputs and AES/EBU I/O to connect to the rest of equipment.

Also, two studios have been equipped with a camera automation system to produce Visual Radio by means of data command through the mixer’s Ethernet interface. 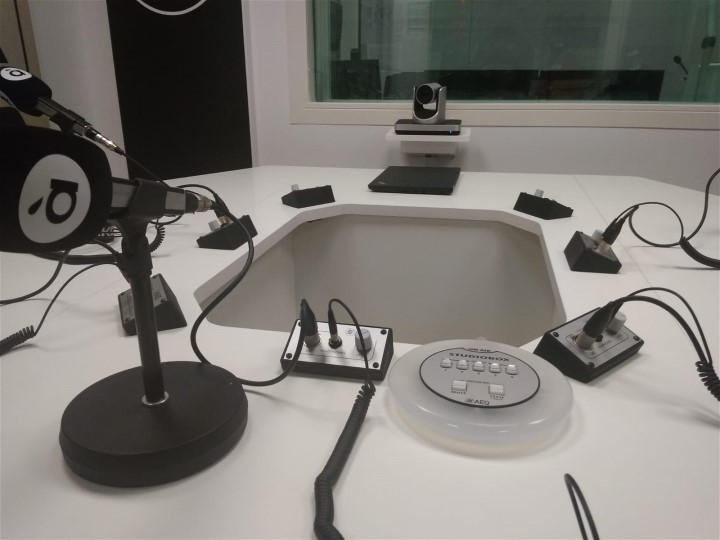 For a long time now, radio journalists have to operate technical devices. A CAPITOL mixing console is installed for that reason.

A TV set connected to the console, allows for direct recording of radio and TV broadcast signals. A Tascam playback/recording unit is used to insert and extract audio files.

A broadcast telephony system terminal, allows us to dial and record calls into the automation system or to send them ON AIR. 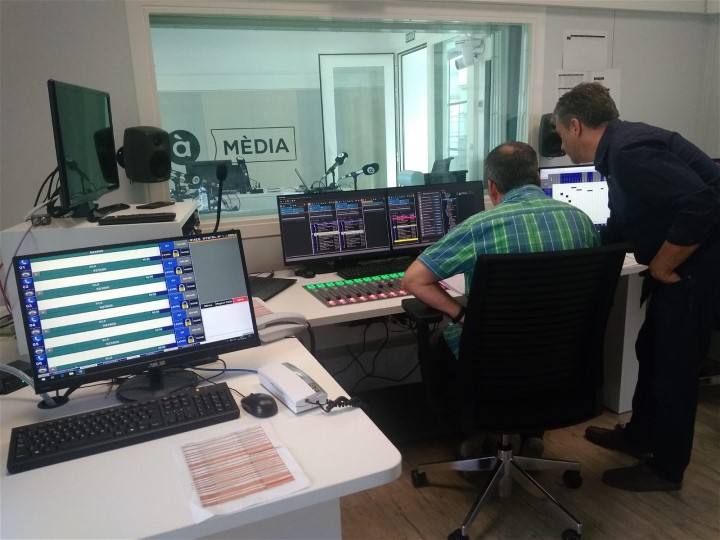 Besides the Central Control Room matrix input and outputs, audio signals from any other place can be requested, for example, coming from audiocodecs, so they can be recorded and/or edited. Just in the same way, outgoing lines to the matrix allow us to share live work with any other studio or even putting it ON AIR directly from the booth if required.

All works were developed by AEQ System Engineering Department under the coordination of Bernardo Saiz, supervised by Mr. Francisco Calabuig and the rest of Engineers at À Punt Radio.