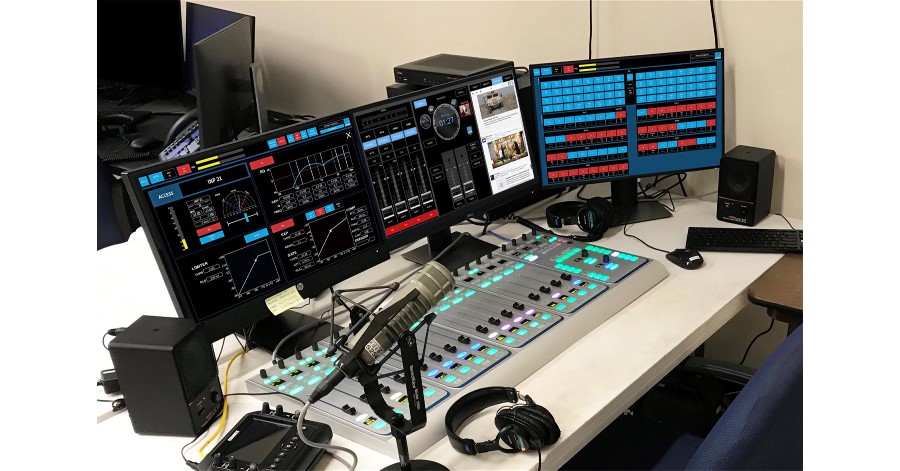 Radio has always been a vital source of news and information when crises hit. California’s public broadcasters have traditionally been prepared for nearly any eventuality, such as disasters like earthquakes, floods and wildfires. And now they must be prepared to inform listeners during a pandemic as well.

Rastatt, May 14, 2020 - In San Francisco, NPR member station KQED observed other stations in the U.S. where personnel were unable to access their facilities due to COVID-19 shutdowns, and took action to ensure remote access to their FM‘s Master Control Room and adjacent production facilities.

“We had to ask ourselves what we would do if one of our staff members tested positive for the virus. How would we produce our daily programming if the facilities were off-limits?” says Donny Newenhouse, Executive Director of Broadcast Engineering and Operations at KQED.

“We knew we would need the ability to run our Master Control Room from a remote location. We also needed to remotely-control the three production studios where our daily call-in program, ‘Forum’, originates. All of these rooms have Lawo sapphire mixing consoles, so we called Lawo and asked – how can we do this?”

“There wasn’t an off-the-shelf solution to remote-control the sapphire consoles and also control the integrated networked systems, but our engineering staff had some ideas,” says Herbert Lemcke, Key Account Manager / President, Lawo Corp. Americas. “A key aspect of the solution was to use KQED’s spare sapphire mixing surface as a remote for the one in MCR by using CANBus-to-IP converters to connect to and control the station’s console core and Nova73 router.”

KQED’s engineering space at Sutro Tower (the main transmission site for many Bay Area TV and FM stations) hosts the emergency remote setup, a solution already employed by KQED’s television operations, which have a backup TV Master Control at Sutro. Using the sapphire surface installed at the tower site, KQED’s operators can directly control the operation of the sapphire located in the station’s MCR for complete control of all satellite feeds and local programming sources.

The second part of the project – creating a “virtual studio” at Sutro for operators to produce the daily ‘Forum’ call-in program – required a different kind of remote control. For this, Lemcke and Lawo R&D engineer Andreas Schlegel designed a touchscreen mixing console interface using Lawo’s VisTool GUI Building software. This connects via IP from the Sutro Tower site to KQED’s downtown studios, which should give complete access to all mixing functions and console resources in the station’s three control rooms, including the codec pool, broadcast VoIP phone system, Dalet playout system — even talkback and mix-minus channels.

Lawo engineers were able to give KQED the solution they needed: the entire physical and virtual remote control solution was executed, tested and proofed in under a week’s time, and reports from operators on the virtual studio implementation have been very positive.

“With the combination of hardware remote control of Master Control, and VisTool virtual control of our studio mixing consoles, our contingency plans are in place and ready should we need them,” says Newenhouse. “But we hope we never will.”