AEQ shows in Barcelona its new products for 2020.

This presentation is a new appointment in its world tour promoting the technology of Audio over IP in Broadcast environments.

With its own office in Barcelona, AEQ faithful to its commitment to constant technological evolution, has organized a new technical seminar to promote the most up-to-date technology for professional applications in radio and television broadcast environments.

Last Thursday, 5th of March, AEQ developed a theoretical-practical working day. After the explanations of the features and the scenarios of use of the most recent equipment for radio and television studios and communications, the attendees could test the equipment checking its easy configuration and use.

This technical seminar in Barcelona is a new appointment in the important tour that AEQ is developing in the main markets. AEQ shows the advantages of the multichannel audio over IP networks technology with Dante protocol, as well as the intercom and 4k video monitoring solution. 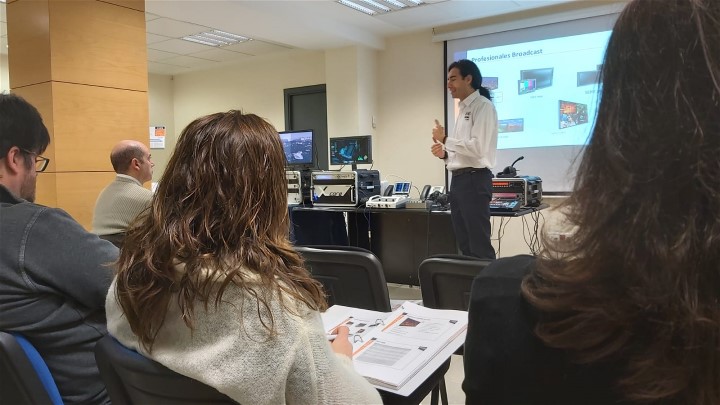 Among the AoIP solutions that AEQ has shown in Barcelona, are the digital audio consoles, such as ATRIUM, the audio mixer with highest level recently introduced to the international market, and the CAPITOL IP12, basic and cost-effective digital mixer, with 12 faders, specially designed for local radio stations.

Also the Systel IP 16 broadcast telephony and conferencing system was shown with the Systelset+ control terminal, based on a touch-screen telephone. The Venus 3 dual audiocodec and the Olympia 3 commentary unit were also shown with their local audio connected to the AoIP Dante network.

In intercom systems, the novelty shown was Xplorer, a wireless beltpack based on WiFi telephony that can work autonomously, or as a part of the EasyNET "Party Line" systems, or the high level systems based on the CONEXIA and CrossNET matrices. 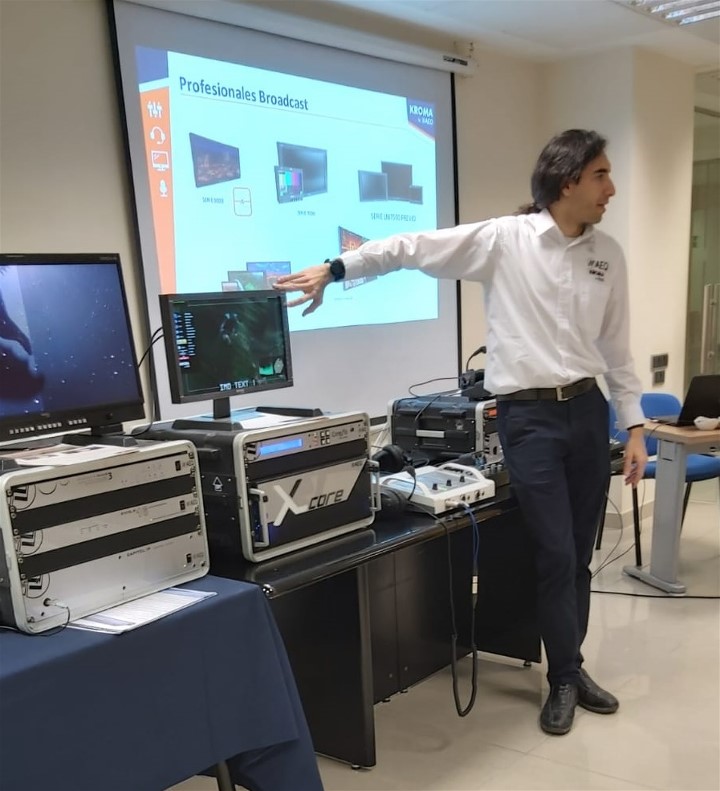 Finally, in video monitoring systems for television production centers and mobile units, the LM 9000 series was presented. With 4K resolution, HDR, waveform monitor and vectorscope. Also with standard and high luminosity, and sizes in 24, 31 and 55 inches.

AEQ thanks the people who attended the presentation for the warm welcome received, and hopes to have been useful to know the state of the art in a practical way, interacting with the equipment in the workshop after the technical explanations.

The whole event was organized by the Sales Manager for Catalonia and Andorra, Mr. Nacho Olivella. The main trainer was Roberto Tejero, AEQ's Product Manager, with the participation of Gustavo Robles, AEQ’s Sales Director, who acted in the day as an applications specialist, thanks to his great experience helping and advising users from all continents.