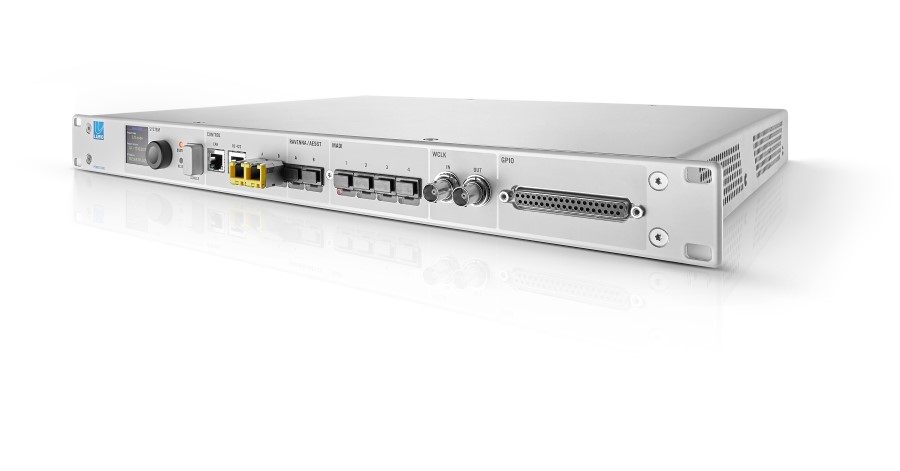 “Many of Lawo’s customers are large public broadcasters whose workflows dictate big mixing surfaces, so Power Core was designed with a huge amount of DSP and modular I/O in just 1RU — maybe even too much for an average console,” says Lawo Radio Marketing Specialist Clark Novak. “Power Core MAX lets you unlock all those resources to power two, three or even four small mixing surfaces. That’s a capability that anyone who wants to maximise their equipment budget will immediately appreciate.”

Power Core is extremely popular among broadcasters around the world thanks to its flexibility, I/O capacity, and standards-based architecture. In addition to being 100% AES67 compliant, it also features ST2022-7 network redundancy via dual active front-panel SFP ports. Power Core is also the first radio console engine with ST2110-30 compliance — ensuring seamless interoperability in combined TV / radio broadcast plants. 5.1 mixing is supported, and consoles as large as 60 faders are possible.

Power Core is amazingly expandable and configurable. Along with the choice of multiple tiered license packages and a huge amount of standard AES67 and MADI I/O, clients can use the eight rear-panel card slots for a la carte addition of analog, AES3, MADI and Dante interfaces. A unique Studio I/O card completes the package with mic inputs plus headphone and monitor channel outputs.