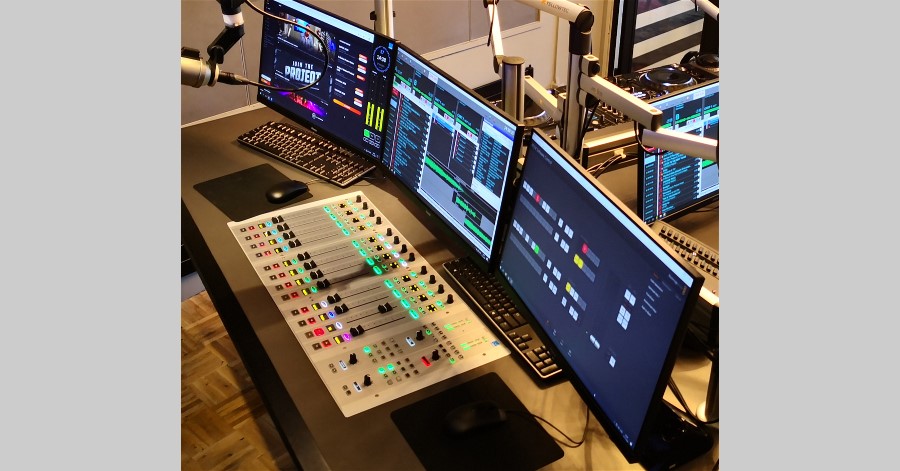 Specializing in dance music’s harder side, such as hardstyle and hardcore, Q-dance is responsible for some of the world’s biggest harder styles events and festivals, including Defqon.1 Weekend Festival, Qlimax, QAPITAL and X-Qlusive. The ambitious Dutch company’s most recent venture is setting up the Q-dance Radio studio with help from All4Media Productions and technology from German innovator, Lawo.

Rastatt, 19 February 2020 - “As a world leader in hardstyle, Q-dance came to us and asked how they could best develop a simple non-stop stream into a live and professional radio station,” says Alexander Josiassen of All4Media Productions. “In conversation with Frank van Huussen and Job Bleije [from Q-dance], the objectives were examined, questions were answered and, together with Q-dance, the technical requirements for the radio station were met. Frank and Job knew very well what they had in mind with image and sound and how they wanted to work – compact and efficient but with professional tools. As All4Media Productions, we have given substance to this, and Lawo is a mixing platform that fits perfectly.” 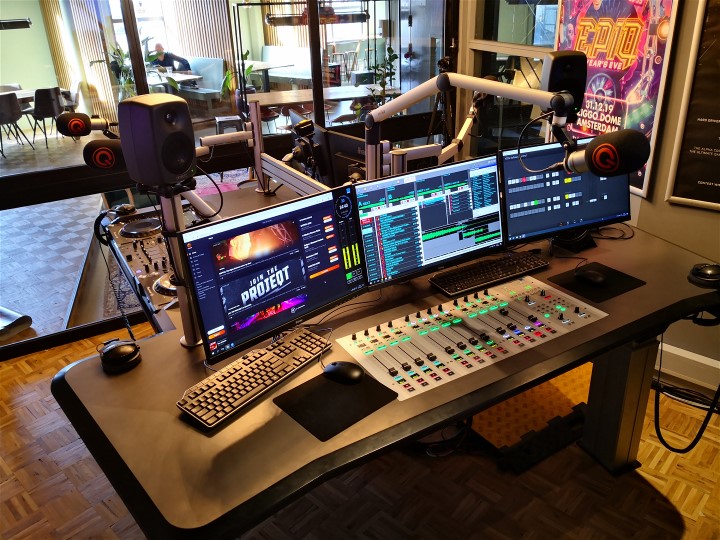 The Q-dance Radio studio has been designed by station manager Frank van Huussen with RadioGuys – a new company established by Lennart Bader and Niels Tenhagen from Radio Aalsmeer – responsible for installation of the studio equipment and configuring the Lawo crystal console to meet the station’s needs.

With SNG and ENG vans, and TV production suites in mind, the crystal console represents a cost-effective entry point into the extensive flexibility and customizability that are Lawo trademarks, as well as being a future-proof investment. The desk is accompanied by Lawo’s VisTool, touchscreen PC software that provides control of its configuration and clear visualization of its setup.

The console provides the comprehensive functionality of a conventional mixer, as well as an integrated matrix of up to 288 I/O ports capable of supporting a broad range of modules including RAVENNA Audio-over-IP, MADI, AES and mic/line. Pushbuttons are illuminated with RGB LEDs such that its operation uses different color schemes for different functions – e.g. giving every signal processing function its own color.

If the technology was an ideal match for the studio’s needs, the time frame in which it was to be installed was not. “With the 2019 Amsterdam Dance Event (ADE) around the corner, the deadline for the first live broadcasts from the new studio were rapidly approaching,” Bader recalls.

Happily, the RadioGuys team were up to the task. “We managed to get everything up and running in a short period of time.” Tenhagen says. “Over the past few months, we’ve been improving and finalizing the setup.
“The studio is both compact and full of possibilities,” he adds. “Since the Amsterdam Dance Event, Q-dance Radio is in full swing and has already produced many radio shows for hardstyle fans all around the world. Frank and the team at Q-dance are very passionate and it’s a pleasure working with them.” 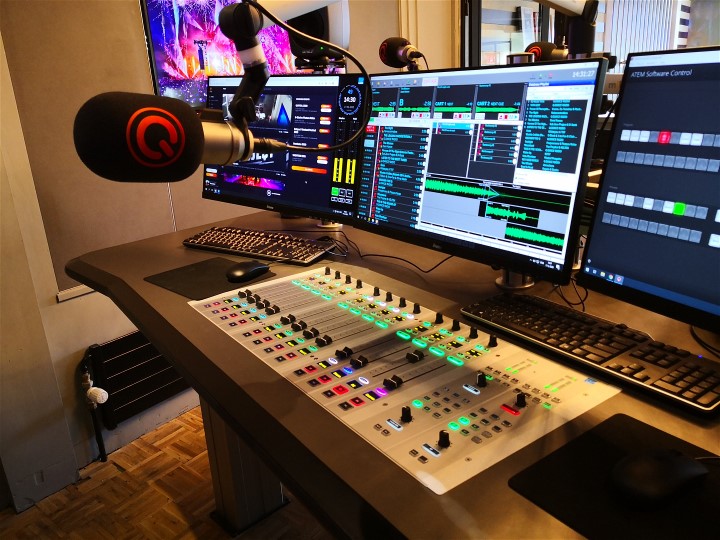 Lawo: 50 Years of Engineering the Future

Founded by Peter Lawo in 1970, the company started engineering the design and development of a variety of technical devices and installations before focusing on broadcast and post-production. A passionate advocate of open standards, Lawo has helped pave the way for AES67, Ember+ and ST2110, and pioneered remote production. Constantly seeking to give competitive advantages to its customers, Lawo is a premier supplier of future-proof video, audio, control and monitoring infrastructures.