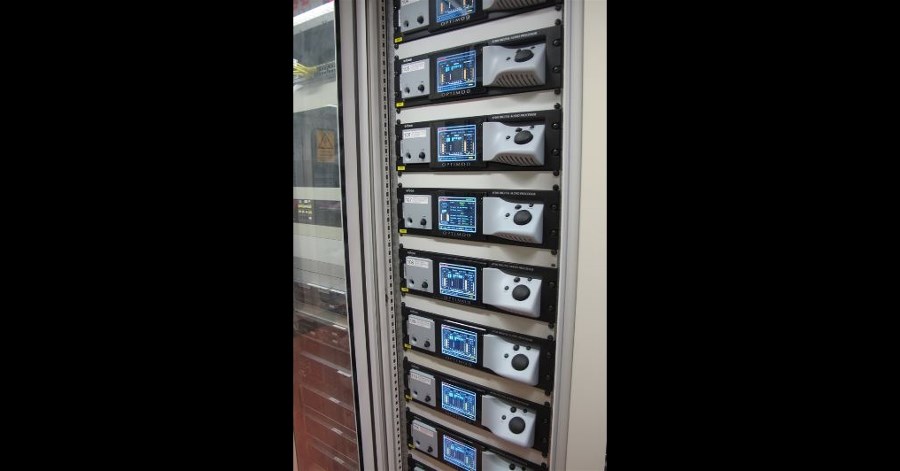 The Westdeutsche Rundfunk (WDR) is the public broadcaster in North Rhine-Westphalia, the federal state in Germany with the highest population. In terms of employees, the WDR is the biggest public radio and tv broadcaster in Germany and, after the BBC, the second biggest in Europe.

Cologne, Germany – It broadcasts its programmes via FM, DAB+ and also as streaming channels through the internet. Peter van Beusekom, Senior Audio Processing Specialist of Orban Europe GmbH comments on the recent 8700i installation: “We are delighted that Orban was chosen again for most of the WDR stations like 30years before, but now for a complete transformation of the distribution network and with major improvements of the audio processing. Our OPTIMODs provide a high homogeneity and ensure that the broadcasts do not create listening fatigue but make the audience listen longer to the programmes. They also contribute t increased speech intelligibility.”

In total, WDR installed twenty OPTIMOD 8700i Audio Processors. They are distributed between the following radio brands: WDR2, WDR5 and WDRcosmo. WDR2 broadcasts various programmes that are regionalized within North Rhine-Westphalia and belongs to the top ten most listened to radio stations in Germany with more than 1.04 Million listeners per hour. WDRcosmo uses different content for its Berlin and Bremen transmission areas. Therefore, a high number of sound processors is required. “The speech intelligibility was one of the comparison tests during the sessions at WDR,” says Petervan Beusekom. “We had the possibility to listen to various speaker systems and you could clearly hear the differences between the tested audio processors. The OPTIMOD 8700i did extremely well in this test because we have many individual processing parameters for speech signals to tune the processing separately for speech and music. Thanks to Jens Digel, who is responsible for the radio stations’ Audio Processing, and the feedback of his colleagues we could also fulfill all the other wishes and requirements of the WDR. With this, the features we had implemented in the 8700i just before we started with the WDR project really helped a lot. One of these features is for example our new BS.412 MPX Power controller, which we developed in cooperation with another German client to minimize audible side effects of the MPX power controller. This is of great benefit toWDR5 with its diversity of programmes.”

The Westdeutscher Rundfunk could also count on Orban’s technical support during the installation and setup of the 8700i units. In cooperation with the responsible persons at WDR, Peter van Beusekom created individual presets to achieve the best sound for each programme format. The OPTIMOD 8700i is Orban’s flagship product. It distinguishes itself by features such as the Xponential LoudnessTM algorithm which brings hyper-compressed music back to life. With the dual redundant power supplies and safety bypass relays the 8700i makes sure that a carefree 24/7 operation is guaranteed. Orban has been manufacturing its products in Germany for several years now which contributes to their high quality and durability.

Info: www.orban.com & Bon Studio SA*& https://eshop.bonstudio.gr & This email address is being protected from spambots. You need JavaScript enabled to view it.**

Orban Equips Sanoma Media with Flagship Audio Processors and provides more than 200 Stereo Encoders for transmitter sites.
back to top