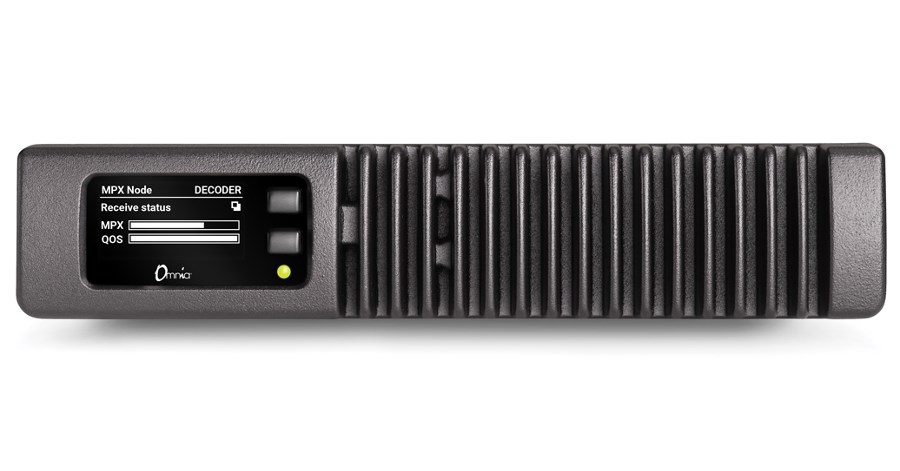 Telos Alliance to demonstrate the powerful new Omnia MPX Node, capable of transporting FM MPX at data rates as low as 320kbps, at IBC 2019 in Amsterdam.

The Telos Alliance®—global leader in broadcast audio for the past 34 years and trusted by the biggest names in the industry—will demonstrate the versatile new Omnia MPX® Node at IBC 2019 in stand #8.D47 at the RAI Amsterdam, 13–17 September. The Omnia MPX Node is the first purpose-built hardware codec capable of transporting a complete FM composite signal via IP at a reduced data rate. Utilizing the Omnia µMPX™ algorithm, MPX Node can send or receive a full composite signal at data rates as low as 320kbps, making it ideal for sending FM composite over networks with limited capacity (including IP radios).

Why Composite over IP?

FM stations have long wrestled with the tradeoff between locating their main audio processor at the studio, where it easily accessed and maintained, or at the transmitter, where it provides optimal performance through direct composite connection to the exciter or transmitter.

Using Omnia MPX Node, broadcasters can enjoy the benefits of keeping their processor at the studio while delivering a routable, transmission-ready, peak-controlled, composite signal including RDS/RBDS to the transmitter without the need for further transmitter-side peak limiting or stereo generation.

The Omnia MPX Node can be configured as either an encoder or decoder. A pair creates a complete system. A single encoded µMPX signal can be distributed to multiple decoders, making MPX Node ideal for feeding the same composite signal to multiple transmitters. MPX Node is processor-agnostic and can encode the composite output from any FM processor. With the Omnia.9 MKII audio processor and OmniaSST broadcast audio software, users can take advantage of the built-in µMPX encoder option and simply add a single node at the transmitter for decoding, creating a complete STL solution.

Setup and operation are handled via the HTML5 web-based GUI, allowing control via PC, tablet or smartphone. A comprehensive 5x5 GPIO makes integration with other equipment simple. Separate Ethernet ports are provided for MPX transport and admin use. Like other Telos Alliance xNode products, MPX Node is fanless for cool, reliable operation.