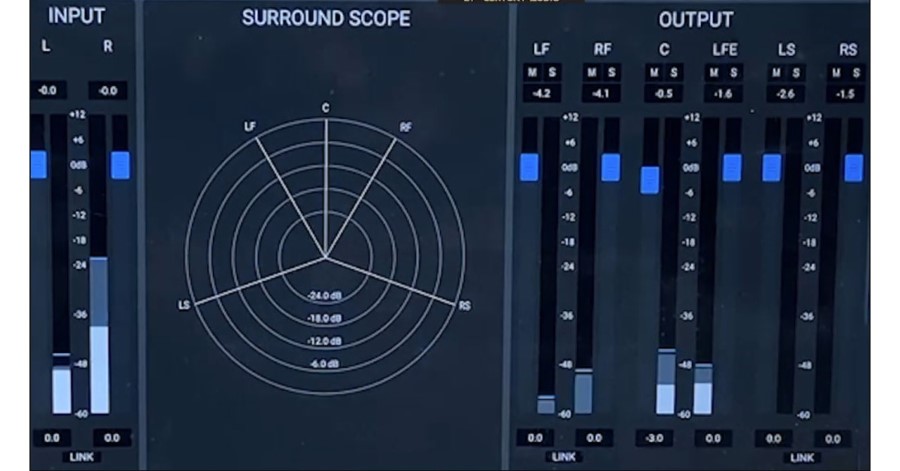 There is plenty of content available in surround sound. However, since the demise of physical media like SACD and DVD-Audio, 5.1 content for music is hard to find, with the majority of music recordings only available in stereo, leaving music fans in the dust, until now.

“After years of research, development, and critical listening, I was able to create a faithful representation of immersive/surround audio from a two-channel or stereo audio track. Listening to material though this upmixer unmasks elements of the recording that could not be heard before…it’s like hearing your music for the first time and falling in love with it all over again,” says Foti. ”That’s why we call it Déjà Vu.”

The applications for Déjà Vu technology are endless and span many markets in the commercial and consumer AV channels. For example, museums can now offer interactive art exhibits in surround sound instead of stereo for a more immersive audience experience; live venues or Houses of Worship can stream to patrons in surround sound for playback on a surround-sound audio system or via surround-sound headphones, and much more.

“When Frank played music that we produced after upmixing it using Déjà Vu, I was fascinated. Hearing it in surround sound and listening to this content in a new way was fabulous,” says Gary Katz, Steely Dan Producer.

About Syndicate of Sounds

Headquartered in Cleveland, Ohio, the Rock and Roll Capital of the world, Syndicate of Sounds is a new audio company founded by audio legend Frank Foti, creator of Omnia Audio® and executive chairman of Telos Alliance®. An award-winning pioneer in broadcast audio processing and broadcast engineering, Foti brings passion for audio and music to Syndicate of Sounds, whose mission is to apply breakthrough audio processing technology to music production and consumption for a musical experience unlike any other, from upmixing to loudness control. Syndicate of Sounds specializes in making unique audio tools for both manufacturers to end users.